Kink vs. Fetishes. What’s The Difference? 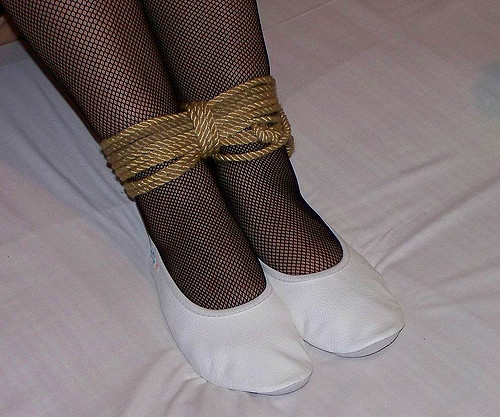 A common misconception about kinks is that they are synonymous with fetishes, and vice versa. It makes sense, considering how nonsensical the English language tends to be, with all of its synonyms and contronyms, but in this case, the two words mean very different things. Kinks aren’t fetishes, although fetishes are indeed kinky.

Like many others, I think the earliest that I became acquainted with either word was probably sometime in childhood, when I heard about a “foot fetish.” While I don’t recall the context, I know that it’s always been part of my understanding of sexuality, and I’ve always known that fetishes = something people make jokes about. Many people use the term “foot fetish,” or even just “fetishist,” to make fun of people they haven’t met—the OkCupid date who we think might be a creep, for instance—yet foot fetishism is frequently benign and extremely common. Like most kinky things, it is often harmless, and in many cases it’s not even a fetish, but really a kink.

But what does that mean?

What defines a kink?

Well, in short, a kink is something that A) turns us on, and is B) outside of the predetermined “norm,” e.g. two cisgender, opposite-sex people engaging in missionary-style intercourse and the like. Kink could be anything from getting excited by someone wearing stockings or becoming nearly orgasmic when smelling a partner’s sweat, to everything within the BDSM spectrum, such as bondage or sadomasochism to name just a couple possibilities. While no one sexual activity or inclination is the definition of “normal,” because it is all normal, there’s a certain societal belief about what sex is defined as for the average person. Kink lives literally anywhere outside that box.

How is a fetish different?

When someone has a fetish, they experience that attraction to the kinkier side of life but in a more exclusive way. Fetishes are differentiated by their demanding nature; when it’s a fetish and not a kink, the person in question isn’t going to be able to enjoy themselves without entertaining that specific desire. For some, fantasizing can be enough, and for others it might not satisfy. As we know, everybody is different! When someone has a fetish, it is something integral to that person’s sexuality, whereas a kink is an enjoyable indulgence—something delightful and delicious, but not absolutely necessary for their sexual fulfillment. Kinks are like salt: they simply add to the flavor. Fetishes are like the food itself: without them, there is no meal.

To make it easier to understand and also to generalize greatly, we could create a gradient from “Vanilla” to “Kink” to “Fetish.” Basically, all of the things we do that are within that predetermined “norm” lie on the vanilla side of the spectrum, where things that lie outside that box that we enjoy would be in the middle near the “kink” category, and finally, the things that we cannot sexually do without would be placed around “fetish.”

Just some of the many kinks and fetishes in the world:

Kinks and Fetishes of the World.

While any of these could be kinks or fetishes, remember: it’s a spectrum!

What about [insert random kink here]? Is that normal/okay/gross/shameful?

There’s a lot of sexuality to be covered in the world, and you are just one little piece of a great big puzzle of people trying to figure it out and get some! As long as what you’re doing is Safe, Sane, and Consensual, you’re A-OK.

It may be tempting to give in to the idea that just because you’re into something kinky that something must be wrong with you, but really: everybody’s got kinks. Sex is such a variegated subject that to make any generalization is ridiculous, including the generalization that everyone’s kinky, so I’ll add a caveat that there are surely some people who don’t have kinks, but I’m willing to bet they are in the minority. Just look at what happened when Fifty Shades (and Secretary, for that matter) came out! Millions of suburban folks started buying blindfolds and handcuffs and grey ties and kegel balls. Countless kinksters were born of that hallowed book, and as each movie makes its debut a new generation of newbie BDSM babes come out of hiding. New experiences, including movies and books rocketing kink into the mainstream, bring out new pieces of us all.

While not having a kink may be a lot less common than we’re led to believe, even that isn’t weird. Because, news flash:

Your sexuality is valid

While your kink may not be my kink, I’m not going to judge you. Sex has innumerous forms and faces, and it’s not my job to tell you it’s wrong; it’s my job to tell you that you are doing just fine. Now grab a bottle of lube and get to trying something new! I dare you…! Even if your kink is lube-less sex! I sure don’t get it, but live your dream.