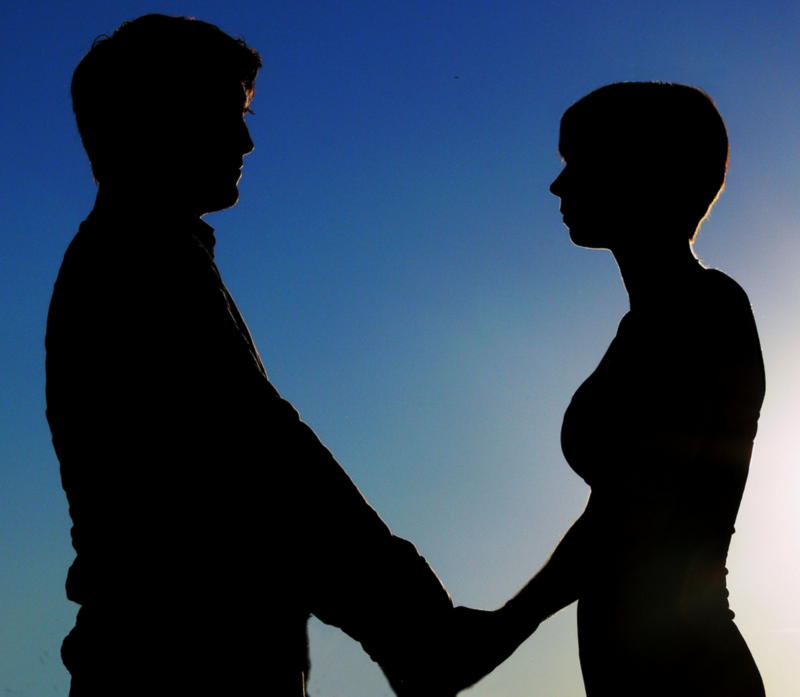 As a naturally shy person, I am well accustomed with the struggle that can sometimes come up for folks around exploring sexuality.

The thing I think is so attractive about experimenting with roleplay is that you get to act out fantasies and even things you would never consider doing because it isn’t you acting them out—it’s your character.

Because these sorts of interactions are something that my husband and I have talked about at length, and we’re both aware of one another’s boundaries, I was able to surprise him recently with some spur-of-the-moment roleplay.

“You really speak to someone like that on the first date?” I asked him over drinks, looking away and raising my eyebrows.

“What?” he responded, confused at my out-of-the-blue character shift.

“When you asked me out for a drink, I didn’t realize you get so comfortable with your dates so quickly.” Then he caught on, and took on a character of his own, both of us becoming essentially our first-date selves.

At one point in the evening, I challenged him, and he giggled, asking me how I stayed in character so well. I said I didn’t know what he was talking about, and asked if he was planning on getting the check or not.

This was, for me, an easy, bossy character to slip into because she’s the same character I wore for all of my first dates for an entire year of my dating life.

First Date Callie is not necessarily the same person as Callie. She’s much bolder, more aggressive, sexier in general, and so I use this character occasionally for playing around with my partner.

Perhaps this is my best secret when it comes to how to be confident in the bedroom: be a confident character!

To get started in figuring out how to work roleplay into your sex life, first consider the goal you have in mind.

What’s Your Goal? Choose Your Own Adventure!

Are you hoping to open the doors for kinkier play, or simply wanting to try something new?

Are you wanting to spice up your long-term relationship or add fuel to the fire of a new lover?

Is roleplay something that will include costumes and scripts, or is it a more of a spur-of-the-moment scenario?

Figuring out your own desires makes it much easier to approach your partner with ideas.

For instance, rather than saying, “I’d like to try roleplay with you,” which is so open-ended it may even feel intimidating to nervous partners, you could say, “I was thinking about how hot it would be to meet up at that bar we like and pretend we’re strangers.”

Not only is this sexy, it also gives your partner some framework to build upon. Perhaps they want to roleplay meeting you for the first time, or maybe they’d rather be the Jon Snow to your Ygritt. Either way, the conversation has started, and you’re building the scene together.

Plan for your character.

Would this character wear your clothes or something a bit more racy?

Are they a high femme who would they have their hair professionally done?

Are they a construction worker fresh off the job with dirty locks, or could they be a tomboy with freshly washed, still-wet hair?

Would they begin the date by sending a sexy text message or e-mail, perhaps with a sexy photo attached?

While I surprised my partner with first-date me, he’d already dated her once, and discussing these things has become a staple in our relationship, so there were no real surprises. The more you talk about these sorts of things, the more normalized they become, and the options truly open up.

Ensuring the comfort of both parties at the very beginning sets a beautiful stage for all of your wildest (or tamest, if that’s your style!) dreams to come true.

Talk about creating your character with your partner if you so choose. Perhaps you want their opinion so you can create an alter ego more suited to your partner’s character’s preferences, or maybe you want to be stubborn and work directly against that preference.

A bratty character would definitely do such a thing!

Whatever your desire, this is a scenario wherein everyone can win, so long as everyone is playing by the same rules.

Try jumping into your character whenever you like. Once everyone’s clearly outlined boundaries are established, the game can begin at any time.

In your discussion of the scene, make sure to go over some safewords in case anyone becomes uncomfortable. Often, a safeword for roleplay can be someone’s real name, as you wouldn’t be using it otherwise.

This can be an easy way to take a break to discuss whatever challenges have come up before re-addressing your partner’s character by name to jump back into the scene.

The biggest don’t when it comes to trying something new is certainly this: Don’t hold back on communication.

If you desperately wish to try something, make sure your partner knows about it. It’s only then that they can help you fulfill your desire, and it’s only then that you allow them to build that intimacy with you.

Talk about it, talk about talking about it, and then go ahead: Slip into that character and have a great time!