Get Wet With The Waterslyde

For something so exquisitely simple in concept and design, the Waterslyde is a remarkably unique product in the sex toy market. At the onset of our quest to find the perfect products for The Nooky Signature Box Line, we knew that the Waterslyde was an essential toy to feature.

It’s creator, Maureen Pollack, is the source of its brand’s vitality and her entrepreneurial journey with the Waterslyde is a narrative we’d like to see a lot more often in our industry. Her vision to bring gentle, sexual empowerment to women aligns with The Nooky Box mission; and we have been ecstatic to partner with this phenomenal female founder throughout our Indiegogo Campaign.

The Waterslyde is the featured toy in the Signature Menopause Box. To find out more about the deliciously wet orgasms that accompany this toy, check out our Indiegogo Signature Box Campaign! 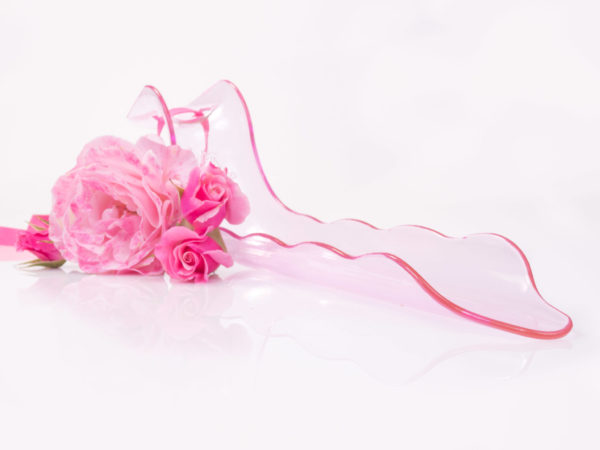 So where did it all begin? Maureen considers the original idea for the Waterslyde to originate in her adolescence; but it’s been a seed she has returned to and cultivated many times. At the age of 16 she received a crash course in the self-gratifying “Bathtub Technique” when her tub faucet broke and temporarily fountained directly (and forcefully) from the wall.

The effect was instantaneous and appreciated, and she has been searching for a way to harness the cascading pleasure without a busted faucet or undignified maneuvering ever since.

Learning The Ropes & How To Stretch Them

So what if there was a gentle water delivery system that would divert the faucet flow to exactly the right place? It seemed like a brilliant idea, but she wanted to know what other folks thought; so she broached the topic with her Ob/Gyn. These folks deal in vaginas for a living, afterall! 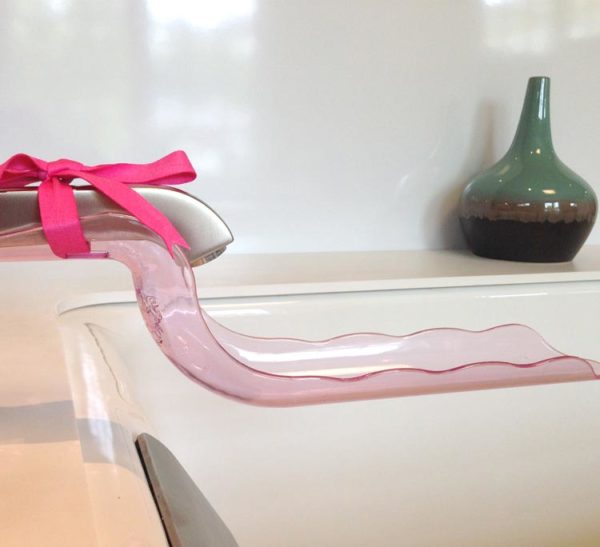 Her doctor was solidly affirmative on the idea, declaring that such a product would be something she would personally invest in. Confidence bolstered, Maureen went home and called a patent attorney. Then the real fun began.

They developed a draft CAD and sent it off to be printed. When the prototype returned, Maureen started to get her feet wet – and everything else, we imagine – as a product tester. After several rounds of minor edits on the original design, Maureen was (very) satisfied with the end results.

Research only really matters if it’s peer reviewed; so next, Maureen organized focus groups of women to give the Waterslyde a test run. The first group of twenty beta-testers were so enthused with the toy they unanimously refused to return it, and demanded to know where else it could be purchased. She had a hit, and was ready to go commercial.

Meeting with a commercial mold-injecting factory was the final step to mass producing the pink, translucent Waterslyde that exists today. It hit the market a little over a year ago, and there has been an outpouring of positive feedback ever since. Better, wetter orgasms for all!

Now The Nooky Is Really Getting Started

The Nooky Box founder, Meg Ross, knows a good sex toy when she sees one. Discovering the Waterslyde online, she knew immediately that she needed to include it in her upcoming Signature Box Line. When she met Maureen, she also felt their dynamic had the potential for greater collaboration. 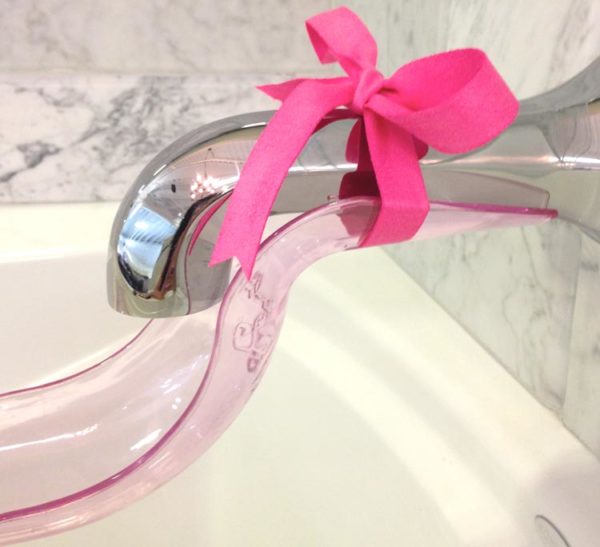 The Waterslyde works wonders for any woman, regardless of age. However, its delivery of warm water can be especially fun for bodies that produce natural lubrication slower or less often. The Waterslyde gently encourages your body to generate its own wetness and the waterflow stimulates your erogenous zones without generating friction that accompany other toy materials. Hormonal fluctuations, like those experienced during and after menopause, can often result in vaginal dryness, so it was the perfect fit to put the Waterslyde into the Nooky Signature Menopause Box!

Recognizing Maureen’s capacity to blend pleasurable aesthetics with functional pragmatism, The Nooky Box asked her to partner with us through our Nooky Signature Box Indiegogo Launch Campaign as the Menopause Box curator. Her abilities to put a mature spin on empowered pleasure have blown away our staff and quite a few customers already.

Check out the rest of the Signature Menopause Box! 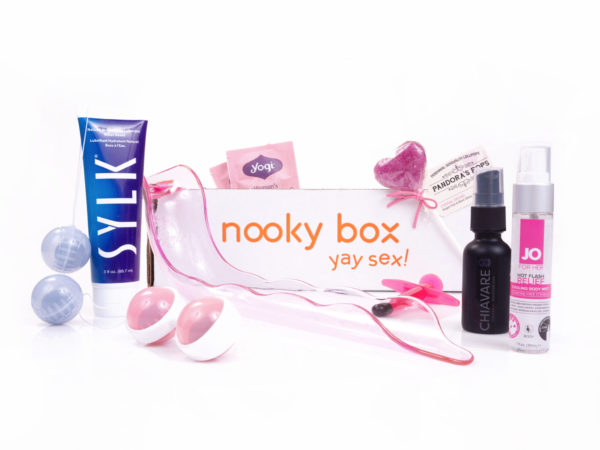 The Future Is Bright

So is there more to come; a Waterslyde 2, perhaps?

Definitely. Maureen is holding her tongue, for now, on the exact nature of her future endeavors; but her work to make pleasure accessible and fun for everyone has just begun. She looks forward to continuing to build partnerships in the industry to promote a sex-positive conversation around women’s sexuality and health.

We’re not sure what Maureen and her company have in store for us next; but we’re wet with anticipation.

To learn more about the Waterslyde and the Signature Menopause Box, check out our Indiegogo Campaign!