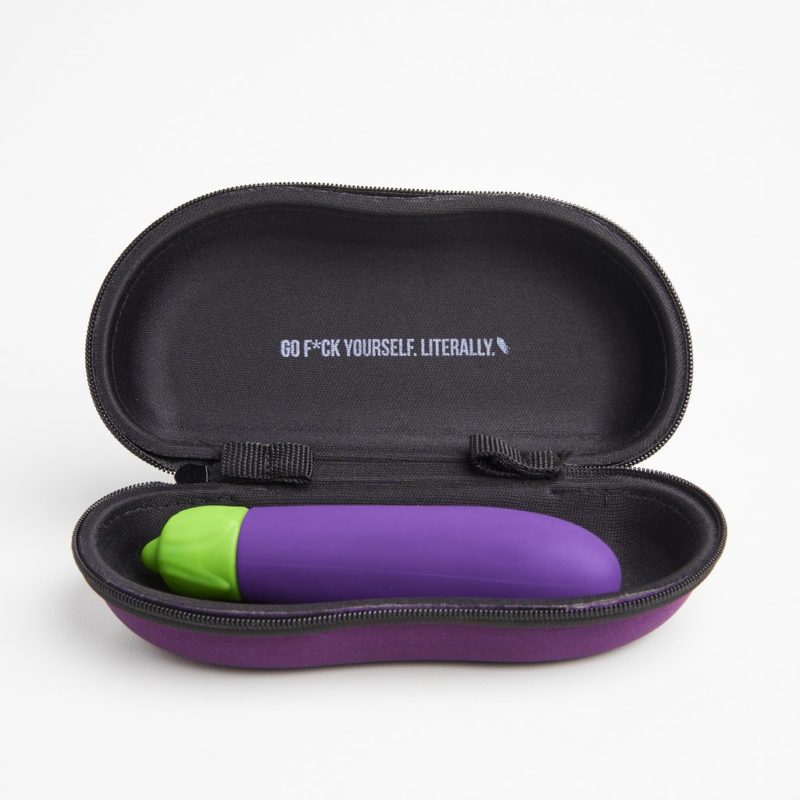 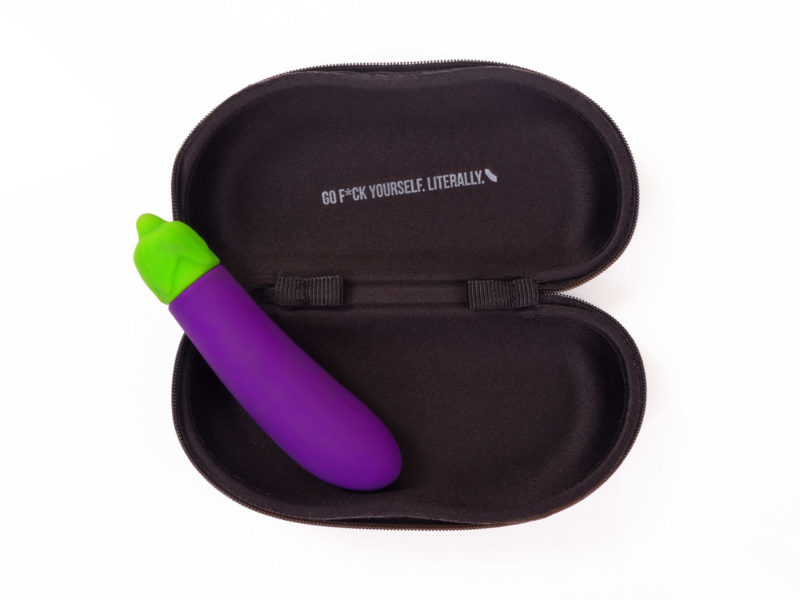 Known outside the U.S. as the ‘Aubergine,’ the eggplant emoji is used almost exclusively by North Americans, according to a study on sexually suggestive usages of emojis across the globe. It’s used alone as a phallic reference and in combination with other key emojis to allude to various sexual acts. 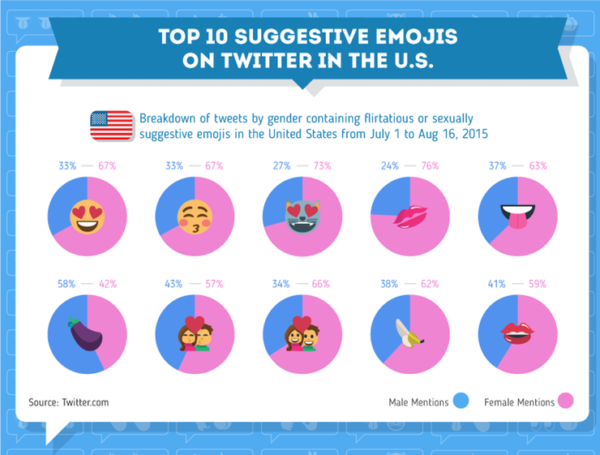 It also holds the distinguished honor of being the only emoji sent more frequently by men rather than female sexters.

Today’s digital culture adores brevity in this era of hyper-stimulation. Why make a booty-call when you can booty-text? And for that matter, if you can text why even bother sending words? A caricature of produce clearly conveys your meaning.

Subtext is everything when communicating in 140 character bursts.

“I wanted to create a culturally relevant and classic product, and this really hit the mark on both,” Jandler explained in an interview. “It’s also a great way to add a touch of humor to anyone’s sex toy collection.” 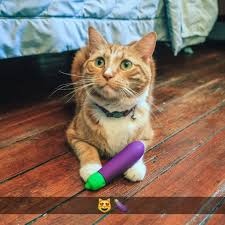 True to its internet roots, Emojibator launched their product with a minimalist ad campaign – targeting sexting folks across the web. The single ad was a Snapchat-style image of Jandler’s cat and the eggplant with the two corresponding emojis in the text. (Get it?)

Marketing so deliberately to Millennials with language coded for that generation and younger has its risks; but clearly, given Emojibator’s success, it has its benefits as well. 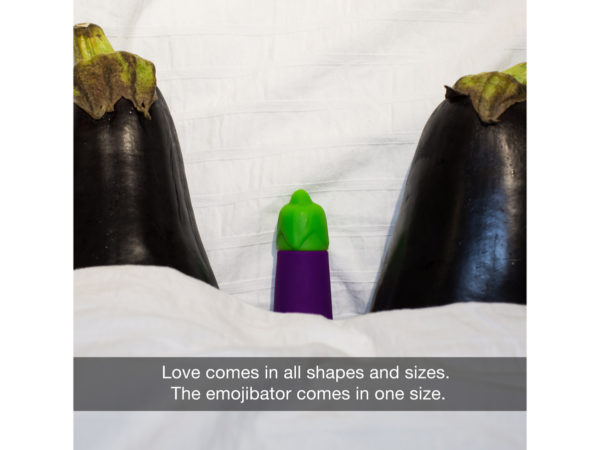 Humor also comes across in product packaging – a sleek carrying case with the product’s logo inscribed on the inside: “Go F*&! Yourself, Literally.”

Whether you think the slogan is funny or coarse, it’ll certainly get the message across the next time TSA is rifling through your bags at the airport.

This is Jandler’s first enterprise in the sex toy industry, and he uses a pseudonym to keep the venture separate from his other businesses. The project was initially top-secret; he kept it from everyone, including his parents, until the day he launched.

“The day that we launched I sent my mom the article. She and my dad were just laughing hysterically.” Jandler explained in a later interview.

Jandler knows that the fall of his company might be as quick as its success. The Emojibator team is growing and building a solid foundation in hopes of being a lasting player in the sex toy industry.

This can hardly come as a surprise, since the subtext of the eggplant emoji is anything but subtle and its popularity is causing some unwanted attention. Instagram instituted a ban on the emoji’s use in hashtags because the content so routinely returned explicit imagery that conflicted with Instagram’s policies.

This ban, of course, spurred its own tongue-in-cheek pushback from the community, with #FreeTheEggplant hashtags popping up in a campaign modeled after the anti-censorship/anti body-shame campaign of #FreeTheNipple.

The Emojibator team is ready for a changing language and landscape with their target demographic in the years to come. They’ve already launched a second toy: the Chili Pepper Emojibator.

More curved in its design than its eggplant counterpart, this toy is described by Jandler as the “spicier” model between the two. 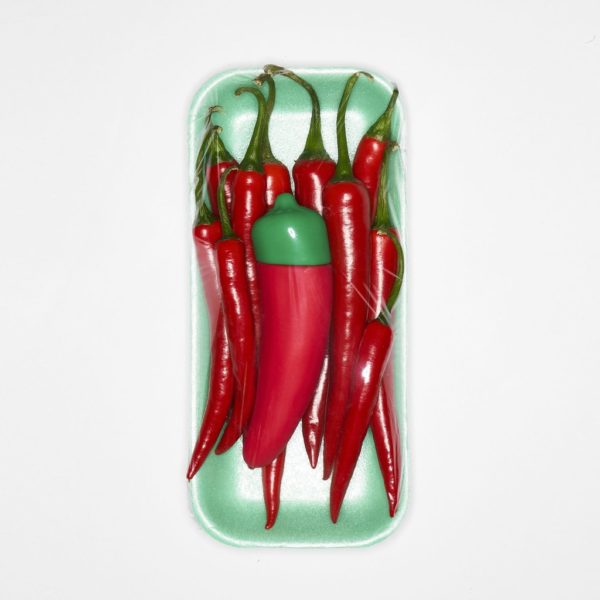 Both models were designed with the help of leading experts in the sex toy manufacturing industry. Emojibator uses only high-quality, body-safe silicone for its products. The Emojibator toys are all 100% waterproof for bath & shower play – hydrating is a key part of nutrition after all! The Emojibator may have sprouted from a trending meme, but its components are intentional and the company aims to be around for the long haul.

The internet has no argument here, other companies are invested in the permanently altered (or, shall we say, modernized?) definition of the eggplant. Grindr released its own set of customized eggplant emojis so that you can be even more specific about what dirty thoughts occupy your mind. In case purple isn’t your color, there’s a spectrum of flesh-toned eggplants from which to choose. 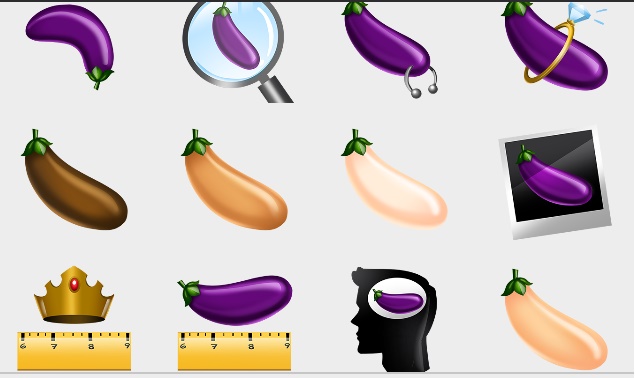 Time alone will tell how history will reflect on the Eggplant Emoji and its permanence; for now, it is certainly a snapshot into this moment of modern sex culture.

Wherever your thoughts take you regarding emojis in your sexy-talk with friends and lovers, remember that pleasure and laughter are key pieces of your long term self-care and sexual health. 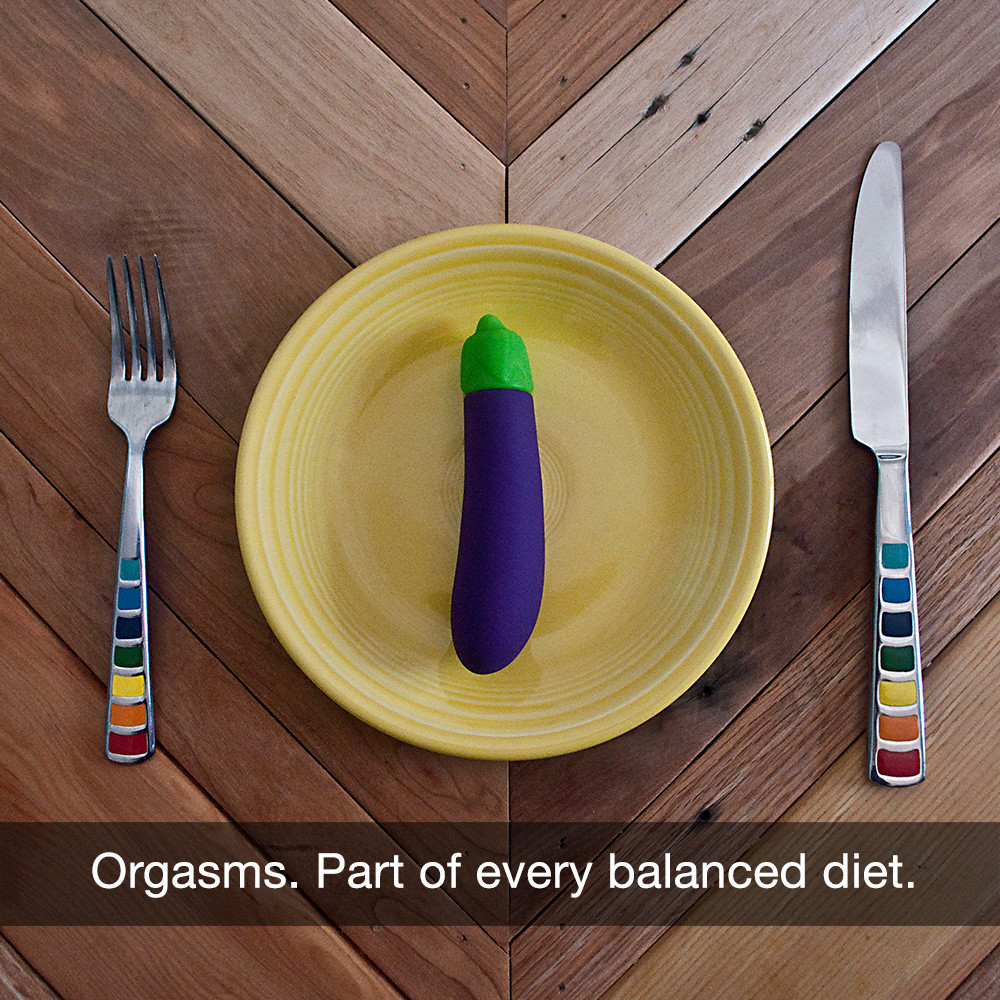